Warning: sprintf(): Too few arguments in /home/customer/www/proud.modmktg.com/public_html/wp-includes/nav-menu-template.php on line 277

An Algorithm for Creating Enduring Places 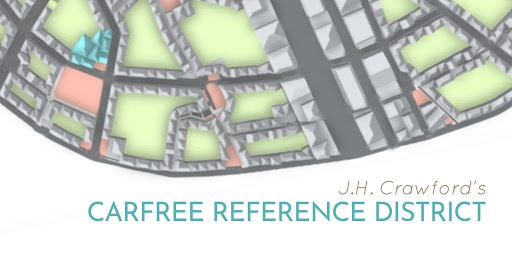 The Netherlands is a country with a long history of building compact, carfree places. A famous example is the canal village of Geithorn, but most of the old town centers and villages across the country also qualify.

When I first arrived here a decade ago, I stood at a tiny street in Amsterdam watching the city flow in front of me. I saw how the pedestrians and cyclists knew what to do and how to interact with each other, even without stoplights or traffic signs. And even though the compact streets were busy with traffic, there were no honking horns or road rage to be found.

Then I looked down and saw the loose-set bricks, which simplify street maintenance by their replaceability. I also noticed that there were no police around, because there was nothing going on that required policing. People were just getting along with each other and enjoying themselves in their normal everyday lives. From their perspective, all of this was nothing special—but for me, it was a whole new world.

I started mentally comparing the hypothetical budgets associated with this enduring place to the sprawling, deadly places I’d come from. It was an epiphany and a radicalizing moment, because I could see so clearly the interrelationship between the design of a place and its performance. Once I saw this, I could never unsee it.

Quantifiable Urban Topology To The Rescue

While looking for a way to help explain these issues, I found the book Carfree Design Manual. The author, Joel Crawford, is an American who had a similar epiphany. He, also, made his home in the Netherlands. 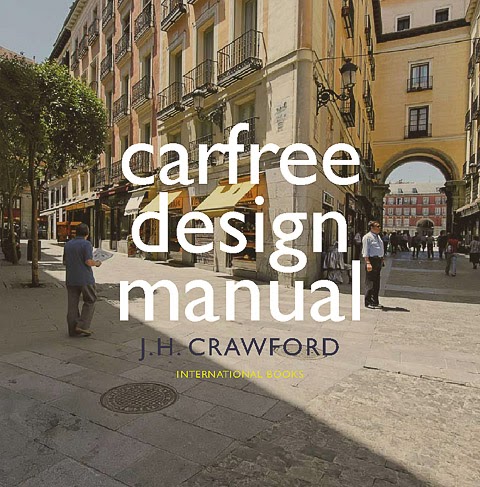 An explorer, designer, and engineer, Joel’s thorough research led him to create a sort of algorithm composed of the essential common attributes and dimensions shared across the world’s great historic carfree places.

This sort of algorithm, which he calls the “Carfree Reference District,” is not any actual place map, but rather a conceptual topology to help visualize and quantify basic patterns and rules of carfree places. It’s a model for compact, non-sprawling development that creates community and prosperity, while also conserving the countryside around it.

At B4place, we were so inspired by Joel’s systematic approach that we created a virtual 3D version of his model to help show the spatial relationships between the elements.

In our renderings, the pink areas are public spaces, green shows the green space and gardens, dark grey is roads, light gray is common buildings, orange is special buildings, and blue shows the arcaded shopping buildings. 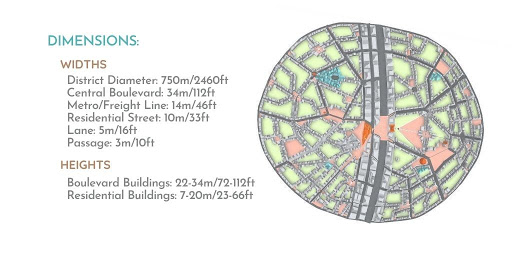 Some key elements of the Carfree Reference District include:

However, a carfree district in the real world would look different from Joel’s plan and our 3D model, even if the patterns and rules were followed to the letter. Real places each have their own unique constraints and considerations.


The Carfree Reference District can be used as an “urban transect”—an informational tool to guide the design of a place.

While the first edition of Carfree Design Manual is becoming harder to find, we hope that community advocates will find a spot for it on their placemaking reference shelf.\ 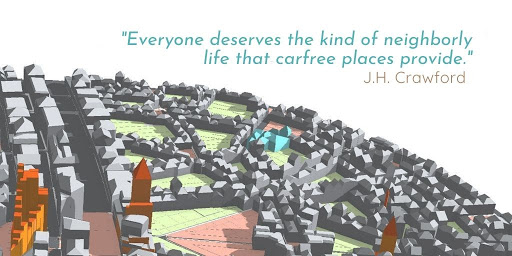 How to Prevent Killing Your Community’s Character

As someone who has spent their entire career in one sector of economic development or another, from industrial recruitment to downtown redevelopment, I’ve had the good fortune to see communities do some really astonishing things. Many have been outstanding,...

They always said: If You’re Not Growing, You’re Dying

“All Growth is Good Growth!” This is a common belief in America, and it inspired a great discussion on a recent Pod Places podcast.  The first part of the conversation revolved around the nature of growth, and another lamented...

We believe all Enneagram types, to bring their unique personalities and skills to help shape our communities and make proud places!

30 Things Place Has Taught Me

There are many lessons we learn in school and work. Some are harder than others and most will make us better professionals. But Places teach us all the skills we need to change the world. This is just a...