Warning: sprintf(): Too few arguments in /home/customer/www/proud.modmktg.com/public_html/wp-includes/nav-menu-template.php on line 277

Black Lives Poisoned by Corporations: The Importance of Environmental Justice

Black Lives Poisoned by Corporations: The Importance of Environmental Justice

Race is the most significant predictor of a person living near contaminated air, water or soil. As you can imagine, that means they will have poor health outcomes and live shorter lives.

Is this “relegation” to undesirable– if not downright dangerous– living areas by design? Is it intentional? Is it racist?

Suburbanites will simply not allow a commercial hazardous waste facility to move into their community. They have the time and means to organize– which often prevent these kinds of things from happening anywhere near their residences.

Less affluent communities are too busy working to become community activists, and tend to vote less often. Their local governments are also thirsty for more tax revenue and jobs. Even when these communities do organize, their complaints are usually ignored while behind-the-scenes arrangements are cut by those in power at the cost of human lives.

Intentional or not, our systems have forced people of color (POC) to live in neighborhoods that are literally killing them. Leaving isn’t realistic for many– their families are rooted there. But in urban places, these homes are under smokestacks. In rural areas, their homes are situated on undesirable lands that others didn’t want– often because they’re downstream from agricultural, mining or landfill pollutants. Atrocity after atrocity happens across this country that is filled with opportunities to get rich at the expense of the health and lives of people in poverty.

The Flint, Michigan water crisis appears to be deeply-rooted in historic and systemic racism. Bottom line: government officials failed to apply corrosion inhibitors to the water supply from an aged lead pipe system.

The City of Flint declared a state of financial emergency in 2011, resulting in a Governor-appointed Emergency Manager. The plan to reduce costs included a new pipeline, sourcing water from the Flint River instead of the Detroit Water and Sewage Department, sourced from Lake Huron. In 2014, Flint’s General Motors plant discontinued use of the local water because it was corroding engine parts. That same year, residents complained about discolored water. Lead testing from the Flint River determined the water was unsafe to drink in 2014 and–to this day–the crisis continues shamefully.

Sadly, Flint is not alone! More than 18 million Americans are served by 5,363 water systems that violated the federal rules governing lead testing in 2015. 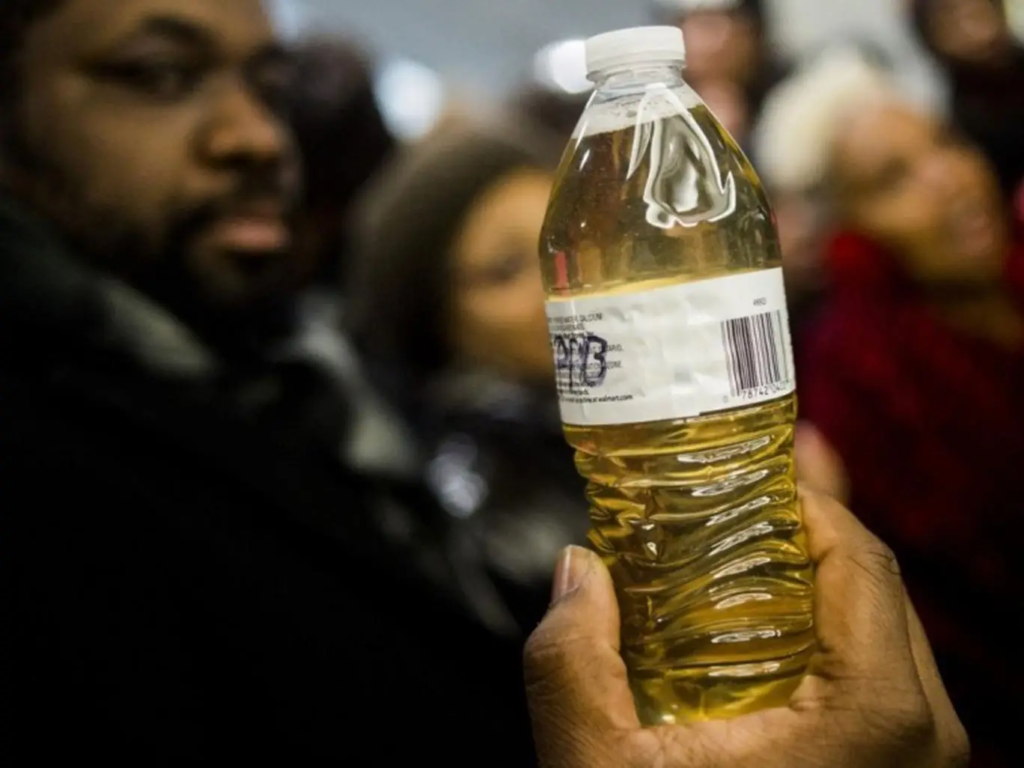 Formerly known as the “petrochemical corridor,” the primarily African American and low-income communities nearby call the place “Cancer Alley.” The 85-mile stretch located along the Mississippi River has more than 150 industrial plants and refineries that are killing African Americans at a particularly high rate. These factories are in areas with the highest percentage of Black residents.

How did this come to be? Theoretically, the corridor is an intentional effort meant to create job opportunities and spur economic development. In reality, the locals get very few of these jobs– but a lot of the cancer that results from the pollution.

According to the EPA’s National Air Toxics Assessment, this region’s cancer risk is 700 times the national average. Where is the national outrage?

Redlining rears its ugly head once again as concrete jungles across the country face the most severe effects of climate change–and the brutal summer heat that goes along with it. Ninety-four percent of historically redlined neighborhoods are literally hotter than the rest of their city, and these neighborhoods experience multiple “ozone days” each summer. Portland, Oregon has one of the largest disparities– experiencing up to 12.6 degrees Fahrenheit difference between the urban area and its surrounding suburbs.

Severe heat kills more people in the USA than any other type of hazardous weather-related event, and the only “national strategies” appear to be bandaids like pools, air-conditioned libraries, and community centers. Why can’t we address this from a preventative perspective? Solutions exist, but we lack the political will to address the root causes, including a disregard for quality neighborhood design– most especially where it’s needed most.

Duplin County, North Carolina is the home of Smithfield Farms’ hog farms, conveniently located near the African American communities that have owned that land for over a century. In 2015, civil rights attorneys sued Smithfield for failure to properly regulate and control the toxic odorous emissions coming from the farms and waste lagoons. The Black families living nearby suffered higher infant mortality rates, mortality due to anemia, kidney disease, tuberculosis, and septicemia, as well as the lowest life expectancy levels in the entire state. For decades, people in Duplin County have suffered headaches, nausea, and vomiting from the putrid smells of the nearby hog-waste lagoons. When the lagoons fill, the contents are liquified and sprayed into fields. Lawsuit after lawsuit yields nothing more than small payouts– after all the pork and farm lobbies are powerful forces in North Carolina and in Washington DC.

Nearly 160,000 North Carolinians, primarily African Americans, Hispanics, and Native Americans, live within one half-mile of a pig or poultry farm, creating 1.6 million tons of waste per year. You’ve got to be shitting me– that people should have to live this way in these United States!

Uniontown, Alabama – That “Clean” Coal Ash Has to Go Somewhere

Uniontown is nearly 90% African American and very poor. Like many impoverished towns, it is also the site of a landfill. In 2008, after a coal ash spill occurred in Tennessee, Uniontown’s landfill was the place that accepted the toxic chemical– the byproduct of burning coal that often contains lead, mercury, chromium, and cadmium. Since that time, residents have seen significant increases in  all sorts of health problems related to poor containment of these toxins. In 2017, Uniontown’s residents won a $30 million defamation suit– a bitter victory, since the site still– to this day– accepts toxic waste, with the single caveat of a warning to residents prior to each delivery.

Uniontown is not alone in this struggle. Across the country, the EPA estimates at least 1.5 million people of color live in coal ash catchment areas.

In this moment of Black Lives Matter, it is easy for White America to assuage their guilt by removing a Confederate or Colonizer statue here or there, or protesting brands like Aunt Jemima and Uncle Ben’s. Those efforts mean little, though, to the actual daily lives and literal health and wellbeing of these suffering communities. The real work we must address is aligning multiple “progressive” movements– from Environmental Justice to Racial Equity, and beyond– to organize around the damage being inflicted by big politics and big businesses without restraint. It’s truly “us” versus “them” in the fight against big business interests, so join all the social justice movements, not just one. Now, go call your elected officials, and demand an environmentally friendly future for all American neighborhoods.

They always said: If You’re Not Growing, You’re Dying

“All Growth is Good Growth!” This is a common belief in America, and it inspired a great discussion on a recent Pod Places podcast.  The first part of the conversation revolved around the nature of growth, and another lamented...

Across the country over the last decade, incredible economic expansion has led to well-meaning economic and community development investments, which resulted in massive displacement and gentrification-- a common tale in urban areas where efforts commence to revive a community...

I am a firm believer in art helping to heal, build, and strengthen communities. Murals can be a fun and dynamic way to bring art to the forefront of your community, and if you look closely, you’ll see that...